We begin this new year with what will hopefully be a monthly newsletter moving forward, and when you see the size of the January 2016 newsletter you'll know why! There is SO MUCH HAPPENING, locally, nationally and globally, with regard to the fracking issue and attendant issues like climate change and renewable energy, that we need a monthly newsletter to attempt to keep up with it all!  So here is our initial attempt for 2016; it comes with a fervent wish that the news will become increasingly better as the year goes along... 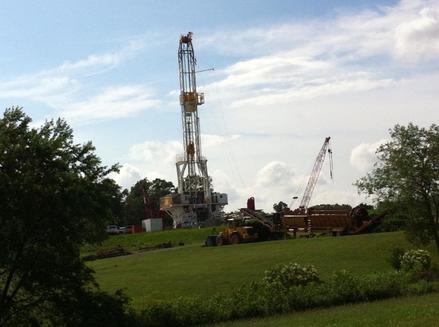 Photo courtesy Michael Bagdes-Canning
On Dec. 9, 2015, county resident and MOB member Michael Bagdes-Canning delivered a statement to the Butler County commissioners at their regularly-scheduled meeting.  (Read statement here.)  In that statement, Michael cited several health studies that point to the dangers of unconventional drilling and its infrastructure for children and the elderly.  He mentioned drilling sites located perilously close to Butler County schools.  He talked about the ongoing water problems of the Woodlands neighborhood in Connoquenessing Twp.  He criticized county leadership for failing to acknowledge these dangers and for refusing to use impact fee monies on genuine impacts in the county caused by the natural gas extraction industry.  Michael had a lot to say and was intent on saying it.  When his three minutes of public comment were up he continued speaking.  He continued speaking as he was gently escorted out of the room by sheriff's deputies.  His statement was applauded by MOB supporters in attendance at the meeting, who then used their three minutes to sing a lovely anti-fracking Christmas carol to the commissioners. (See video here.)

A few days later, the Butler Eagle published a "jeer" in response to Michael's statement to the commissioners, calling his citing of health studies linked to fracking "scare language."  In the same edition, there was a letter published by industry mouthpiece David Spigelmyer of Marcellus Shale Coalition which likewise sought to diminish the importance of these health studies.  This elicited a response from Baltimore pediatrician Dr. Margaret Flowers, M.D., who, in a letter to the Eagle, refers to the "significant and growing body of scientific evidence that fracking for oil and gas is dangerous to human and animal health" in support of Michael's comments to the commissioners (read the letter here.)   MOB member Joseph McMurry also submitted a letter to the Eagle, which quoted Dr. Brian Schwartz, M.D., lead researcher of a recent Johns Hopkins University study linking fracking to premature births and high-risk pregnancies: "The first studies have all shown health impacts.  Policymakers need to consider findings like these in thinking about how they allow this industry to go forward."  (see letter here)

In relation to the latter quote, what really can Butler County's "policymakers" do to address the dangers linked to shale-gas drilling and its infrastructure?  The easiest thing they could do would be simply to acknowledge that such dangers exist!  This might conflict with the business interests of outgoing commissioner Bill McCarrier, whose family is in the pipeline business, or newly elected commissioner Kim Geyer, who has a prominent well-pad on her property near the Mars Area School District campus and is a member of XTO Energy's community advisory board, but surely the rest of them could acknowledge the potential and actualized harms which fracking creates?  They could also educate themselves about the failures of the PA Department of Environmental Protection to actually protect residents from these harms (see DEP Under Fire, MOB Newsletter, Dec. 2015) and act as advocates for county residents who feel they have been underserved by that agency.

Perhaps the most obvious thing the commissioners could do to address the harms of drilling is to apply state impact fees directly to the actual harmful impacts in the county that have been caused by drilling.  At the Dec. 9 meeting it was stated that impact fees could be used to address certain county budget shortfalls -- this in the face of widespread allegations of fiscal mismanagement on the part of the commissioners.  Outgoing commissioner McCarrier stated at the meeting that such uses are "legal."  That may be so, but one has to ask: is it moral?  Is it moral to use drilling impact fees on holes in the budget when 50 families in Connoquenessing Township are without potable water and have been for five years?  The research of Dr. John Stolz, Duquesne University, has left little doubt that drilling and fracking activities in the Woodlands area have led to widespread aquifer contamination.  And what of the county schools that have drilling in close proximity to them?  While the commissioners have no jurisdiction over local zoning (though they could advocate for safer zoning practices), they could spend impact fees on air-quality monitoring equipment for schools, day care centers and homes for the elderly that are located near frack sites, and "air scrubbers" that would keep airborne toxins from entering buildings.

In summary, there are a number of things that Butler County commissioners can do with regard to shale-gas drilling impacts in the county.  They can begin by acknowledging that there are negative impacts occurring in the county besides the wear and tear on roads (although that is certainly an impact).  They can acknowledge that drilling was at least a contributing factor to the Woodlands residents' water woes and pledge impact fee money and other assistance for correcting that longstanding problem.  And they can pledge impact fee money to purchase a modicum of protection in the form of monitoring equipment and scrubbers for schools, day-cares and elder homes that have drilling or infrastructure located nearby.

These are things that the Butler County commissioners can do.  Whether they will do them is another matter.  One thing is for certain: MOB will be around to remind them that they have a moral obligation to do all these things and more before they even think about using impact fees to try and fix the county budget. 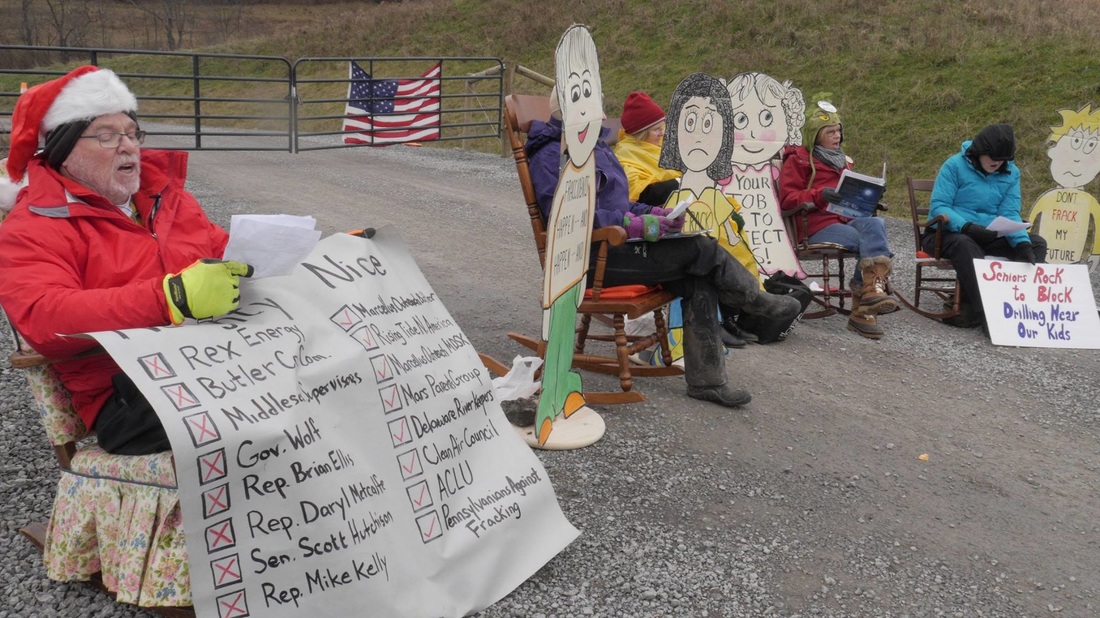